Fun Alert! Who can say no to humour?

Dominic invited me to the Opening Gala of the 2913 Comedy & Arts Fest at The Centre in Vancouver. The host of the night was no one else than Mr. Martin Short! 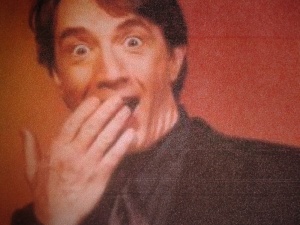 Did I know he is a comedian in his own right? No. Worse to come, did I know he is Canadian, one of their National Treasures? No. But I knew he is the funny guy from Three Amigos and Father of the Bride.

Here we go, all dolled up and ready to go: 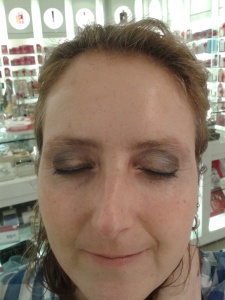 First of all, we had to figure out what The Centre is. The centre of what? The centre for whom? The name givers for The Centre for Performing Arts decided this is a mouthful and shortened it to The Centre. Creativity reigns when it comes to naming landmark buildings in Vancouver (Do you remember PH1 & PH4 from Dress to Impress, Dec. 2012?)!

Mr. Short came on, 20 minutes later than scheduled – don’t try to fool a German. The first thing that came to mind was, yes, he is short! The second thing was, he is a human bouncy ball. He was so excited to see us all that the second rule of joke telling went out the window: Pause for dramatic effect! He was on fire, rather, his stories were delivered in rapid fire fashion. Were their funny (the stories that is)? I am sure their were. He went from one good thing to the next!

One of Canada’s finest is so energetic, he made me nervous! Instead of fully concentrating on his jokes I concentrated fully on his gestures. His hand couldn’t decide which way to wear his suit jacket: Buttoned or unbuttoned?  Mr. Short faced his personal dilema with smooth, quick hand movements to change the state of his jacket in ongoing fashion. Let me tell you, I was so transfixed by this spectacle that I found myself watching his fingers pull off this ubiquitous stunt than fully appreciating his humour!

Mr. High Energy introduced three different acts during the first half; all good enough for their eight minutes in the spottlight. They were so funny that I can’t recall any of their jokes anymore. Unfortunately, this is the curse of the acts in the middle, they are easy to forget! It is always the first and the last one we remember!

The second half was funnier than the first one. According to ‘keep the best for last’, Mr. Short got into costume as Jiminy Glick and interviewed real Canadian Morning TV hostess Sophie Lui. He enlightened us that ‘Viagra on a lipstick makes for a stiff upper lip!”. What can I say, Mr. Short in costume is funnier than Mr. Short in a suit – no fiddly fingers during this act.

The remaining three acts were hilarious. I remember their jokes, but it would take too long to describe them in proper fashion. You just need to take my word on this one!

The last one was by far the best: A good looking Ozzie guy- with a twitch and a wonderful, sparkly personality (Wil Anderson). I loved his accent, it brought back many happy memories. His stupid story about the newest trend in L.A. stuck with me: Some folks are bleaching their hair in and around their anus… He never said if this story was based on real life experience or if this is second hand knowledge only. That idea really kept us busy, thinking and imagining. Even on our way home Dominic couldn’t help but asking:”Do you think people are actually doing that?”

I told ‘ya, this is the power of the last act: We remember it!

After we spoilt Mr. Short with laughter and a big round of applause he retaliated:”You guys are fantastic, you make me so happy, just like a dose of morphine- only, morphine doesn’t judge me!”

Humour IS a funny thing!

christinawaschko@gmail.com I look forward to hearing from you!

Please check it out! 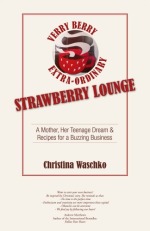 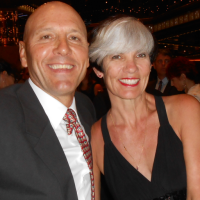 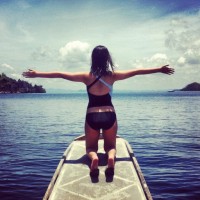 Without a care in the world...

Honey Did you See That?

I retired at 50 something, returned to North America and began blogging. All posts are 100% true, except when they're not funny enough, or when I can't remember the details. Menopause is heartless. Huge thanks to my comic book writing son, Matt, my Header designer.

Some say I was born high. Others say i'm just simple :)

On a mission to try 52 New Experiences this year!

Where I write my thoughts, dreams and everything in between

The latest news on WordPress.com and the WordPress community.